The proportion of domestic and foreign past due B2B invoices in Taiwan (domestic: 42.7%; foreign: 47.2%) is almost in line with the regional averages.

With China as its main trading partner, Taiwan is one of the Asian countries most affected by the deceleration in China’s GDP growth. Despite a minor increase in GDP growth in 2017, external demand is expected to remain rather weak. In order to manage the risks stemming from the slowdown, 54.2% of respondents stated that they will increase creditworthiness checks and 47.1% that they will increase their use of credit insurance.

There was a steep increase in the percentage of B2B sales on credit terms in Taiwan, from 39.2% in 2016 to 46.4% in 2017. This was the biggest year-on-year increase observed in the Asia Pacific region. 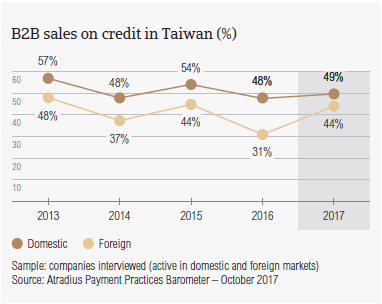 Respondents in Taiwan reported late payments from their B2B customers less frequently than one year ago and the proportion of past due receivables seems to be flattening out. 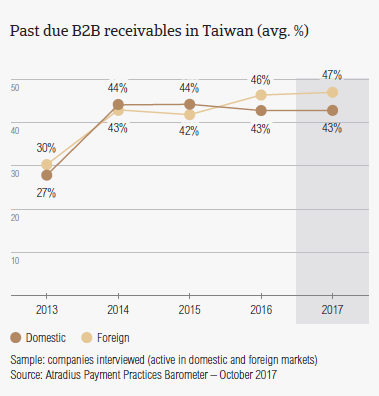 In 2017, both domestic and foreign B2B customers of respondents in Taiwan enjoyed longer payment terms than one year ago. Payment delays have been reported to have increased slightly. 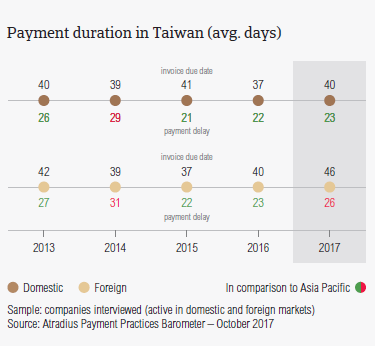 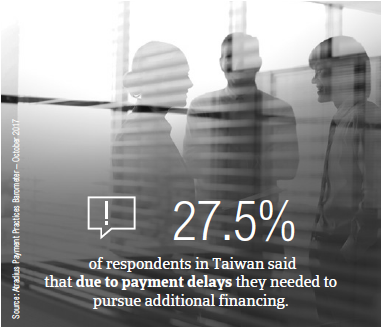 Respondents in Taiwan are some of the most inclined in the Asia Pacific region to increase their use of credit management practices to protect themselves against risks stemming from Brexit, US protectionism and the slowdown in Asia. 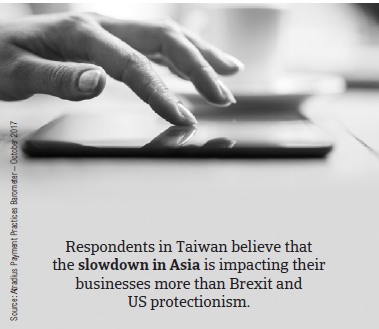 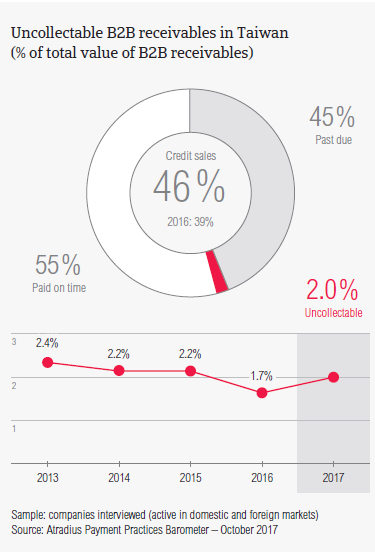 In 2017, minor increases in both domestic and foreign write-offs have been reported. As a result, the total value of B2B receivables written off as uncollectable in Taiwan increased from 1.7% in 2016 to 2.0% in 2017.

Looking ahead, more respondents in Taiwan seem to expect a slight improvement than deterioration in the payment behaviour of their B2B customers over the coming 12 months. 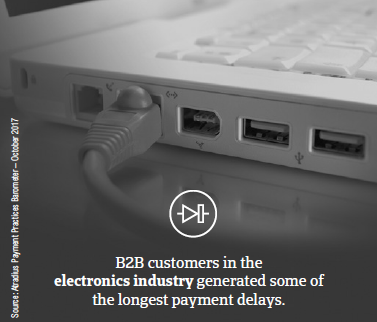 China is rebalancing its economy away from exports and investments towards consumption. This is weighing on GDP growth of its trading partners.

The first hint of spring is in the air leaving this Economic Outlook in a position of cautious optimism.